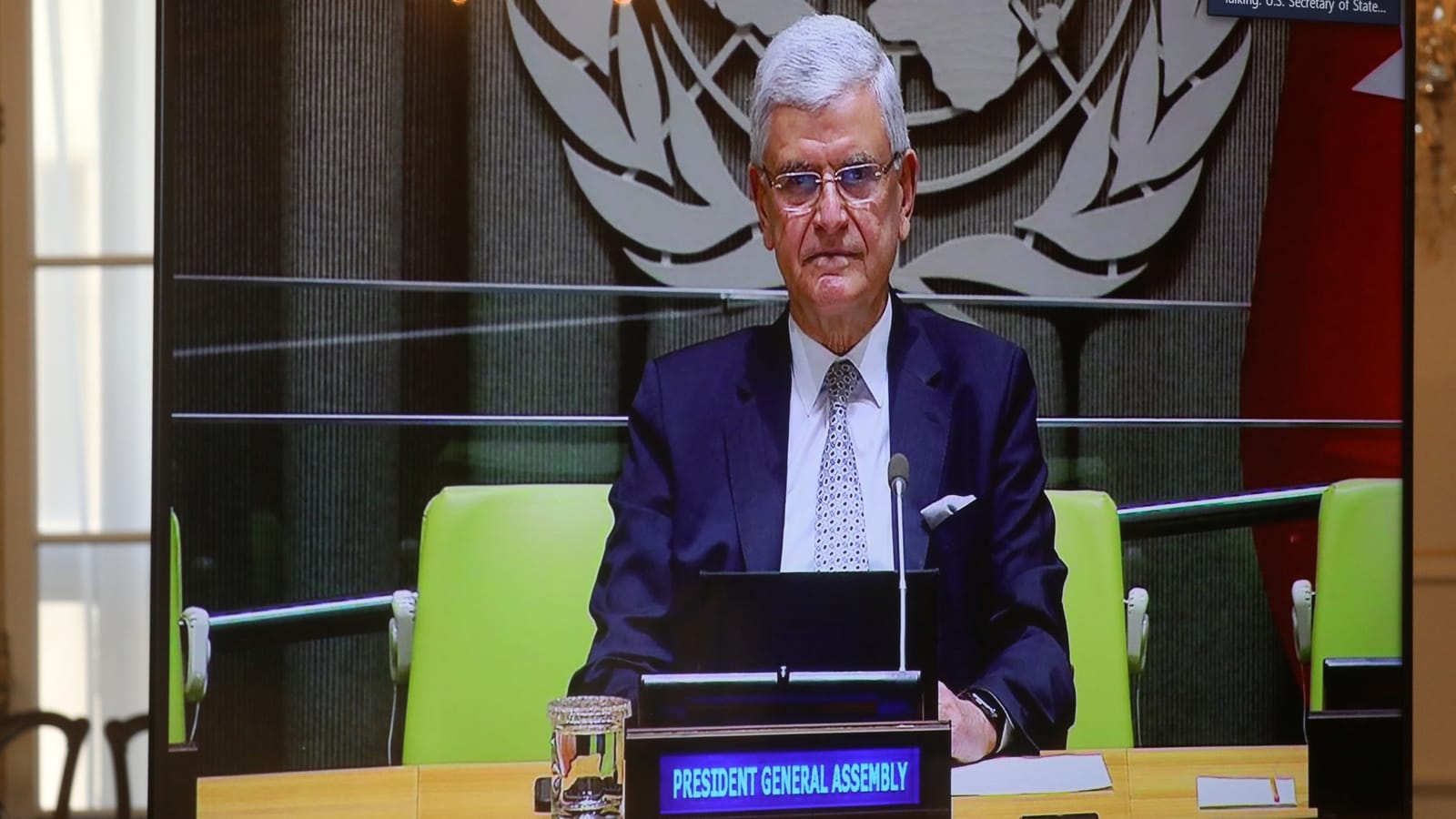 President of the UN General Assembly Volkan Bozkir’s deliberate go to to India later this month has been postponed as a result of an “unexpected situation” regarding the Covid-19 pandemic within the nation.

Bozkir on Tuesday advised reporters that he will probably be travelling to Bangladesh and Pakistan later this month on the invitation of the respective governments and also will be visiting Cox’s Bazar in Bangladesh the place he’ll meet with Rohingya refugees from Myanmar.

Bozkir mentioned that he had additionally deliberate a go to to India throughout his journey to South Asia however postponed it as a result of an “unexpected situation.”

“I also wanted to go to India. It was India, Pakistan and Bangladesh, but unfortunately, an unexpected situation came out and I had to postpone the India part to a later stage. But I will absolutely make sure that I’ll go to India as well,” the UN General Assembly President mentioned, referring to India’s Covid-19 disaster.

Asked whether or not the UN will be capable of host a daily General Assembly session in September, he mentioned: “It would be wrong if we make a decision now for September on how the participation will be. Will it be a hybrid format? Or will we have again 10,000 people at UN Headquarters? What happens to civil society? What happens to the bilaterals? These are all questions we have in our minds.”

He mentioned June will probably be a correct time to debate with the US, the host nation of the UN, and native authorities on the Covid-19 scenario and feasibility of holding the UN General Assembly.

With New York City aiming to “fully reopen” on July 1, Bozkir mentioned it can “give us a signal on whether we can have a different type of a high-level week than we had last September”, when all conferences had been principally digital with minimal in-person presence within the UN premises.

“The important thing is not to risk any people’s health… we must absolutely go along with the mitigation measures, we must listen to what science is saying to us and we must not really open everything without any precaution.

“If I were the host country, I wouldn’t have made any plans for September as of now – because with this pandemic, unfortunately, we are living day by day or week by week. We suddenly see something happening, like what happens in India. Nobody was expecting this suddenly to happen. It changes all the plans. So, I think it’s better to start talking about it, to start discussing it, and then leave it to the science and to the local authorities,” he added.

India is combating an unprecedented second wave of the Covid-19 pandemic with greater than 3,00,000 each day new coronavirus instances being reported previously one week.