Karnataka to hold full day classes from Feb 1 for class 9, 10 and PUC students 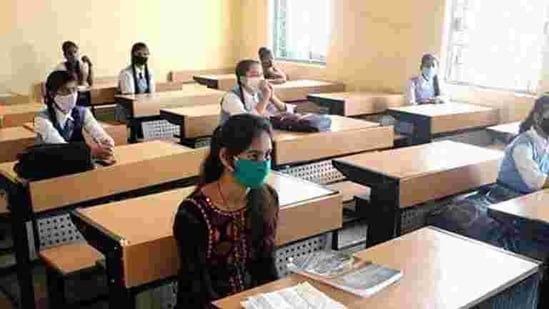 The Karnataka authorities has determined to carry full-day courses for college students of courses 9, 10, and first and second 12 months Pre-University throughout the state from February 1, Primary and Secondary Education Minister S Suresh Kumar stated on Thursday.

The Karnataka authorities has determined to carry full-day courses for college students of courses 9, 10, and first and second 12 months Pre-University throughout the state from February 1, Primary and Secondary Education Minister S Suresh Kumar stated on Thursday.

The determination was taken in session with the state Technical Advisory Committee for COVID-19, protecting in thoughts the well being and academic way forward for the scholars, primarily based on the expertise we’ve got gained thus far. “We held a discussion with the Health Minister (K Sudhakar) and COVID-19 Technical Advisory Committee members… at the meeting it was decided to start full day classes for class 9, 10, first and second year PUC (class 11 and 12) students from February 1,” Suresh Kumar stated.

Speaking to reporters in Bengaluru, he stated, the Vidyagama programme, which allows continued education for college students from courses six to eight, will proceed as it’s. A choice on beginning courses for the opposite college students could be taken after observing the current arrange until the second week of subsequent month, he added.

The colleges and PUC faculties have been shut attributable to COVID-19 pandemic since early final 12 months. The authorities had reopened them for sophistication 10 and second 12 months PUC (class 12) college students, together with Vidyagama programme for college students from requirements six to 9, from January 1 with the faculties functioning for half day.

The division has stated offline or on-line courses will proceed as per selection of scholars and fogeys, and the attendance was not obligatory. Kumar stated they seen curiosity amongst college students in studying and so they have been preferring common courses. Also, there had been demand from dad and mom and School Development and Monitoring Committees (SDMCs) to have continued courses.

On a median 75 per cent attendance had been reported in second PUC courses, whereas it was 70 per cent in school 10, he stated, including Vidyagama courses recorded 45 per cent attendance. Classes have been being held as per the standing working process that was prescribed by the technical advisory committee and thus far there was no stories of huge scale an infection amongst college students and lecturers. The Minister additionally introduced that the Secondary School Leaving Certificate (SSLC) examinations for the 12 months could be held from June 14 to 25.