Investment in upskilling can boost global GDP by $ 6.5 trillion by 2030: Report 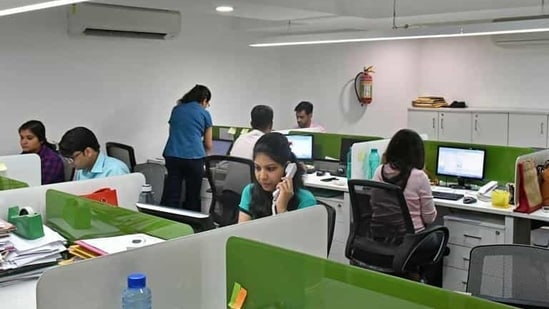 Investment in upskilling has potential to spice up the worldwide GDP by $ 6.5 trillion by 2030, together with by $ 570 billion (over ₹40 lakh crore) in India alone — the third highest after China and the US, a WEF report confirmed on Monday.

The research launched throughout the ongoing on-line Davos Agenda Summit, to be addressed by Prime Minister Narendra Modi and a bunch of different international leaders, additionally stated that accelerated funding in upskilling and reskilling of staff may create 53 lakh (internet) new jobs by 2030, and assist develop extra inclusive and sustainable economies worldwide.

Country-wise, India has the second highest further employment potential at about 23 lakh, after the US at near 27 lakh, however rather more than 17 lakh for China.

The report, Upskilling for Shared Prosperity, authored in collaboration with PwC, discovered that accelerated abilities enhancement would make sure that folks have the expertise and abilities wanted for the roles created by the Fourth Industrial Revolution – boosting international productiveness by 3%, on common, by 2030.

The further GDP potential is the best in China at virtually USD 2 trillion, adopted by near USD 1 trillion within the US.

“Even before COVID-19, the rise of automation and digitization was transforming global job markets, resulting in the very urgent need for large-scale upskilling and reskilling. Now, this need has become even more important,” stated Bob Moritz, Global Chairman, PwC.

The newly created jobs can be these which can be complemented and augmented – reasonably than changed by know-how.

“Millions of jobs have been lost through the pandemic, while accelerating automation and digitization mean that many are unlikely to return. We need new investments in the jobs of tomorrow, the skills people need for moving into these new roles and education systems that prepare young people for the new economy and society,” stated Saadia Zahidi, Managing Director, World Economic Forum.

According to Sharan Burrow, General-Secretary, International Trade Union Confederation (ITUC) “investment in job creation, particularly climate-friendly jobs, is key to ensuring a Reskilling Revolution, and concerted action by governments and by business is needed urgently.”