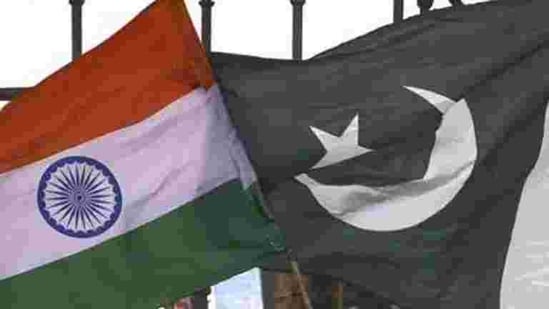 The decision on “promoting a culture of peace and tolerance to safeguard religious sites” was sponsored by Pakistan, Saudi Arabia, the United Arab Emirates (UAE) and several other different members of the Organisation of Islamic Cooperation.

India and Pakistan squared off on the United Nations over a decision on safeguarding non secular websites world wide, with the Indian facet criticising Pakistan for co-sponsoring the transfer weeks after the demolition of a Hindu temple.

The decision on “promoting a culture of peace and tolerance to safeguard religious sites” was sponsored by Pakistan, Saudi Arabia, the United Arab Emirates (UAE) and several other different members of the Organisation of Islamic Cooperation.

It was handed unanimously on Thursday after Saudi Arabia and Morocco piloted delicate negotiations on a consensus textual content.

The decision condemned all acts of violence and destruction directed in opposition to non secular websites world wide and denounced “any moves to obliterate or forcibly convert any religious sites”, whereas strongly deploring violence in opposition to individuals on the idea of their faith or beliefs.

It additionally expressed concern about a rise in cases of racial and non secular intolerance and stereotyping, and condemned any advocacy of nationwide, racial or non secular hatred that constitutes incitement to discrimination and urged states to take efficient measures to fight such incidents. The decision additionally known as on the UN secretary basic to convene a world convention to advance the UN Plan of Action to Safeguard Religious Sites.

The Indian consultant on the world physique, TS Tirumurti, whereas explaining the nation’s place on the decision, known as for objectivity and impartiality in discussions on the UN, with out nations taking sides.

“It is a matter of great irony that the country where the most recent attack and demolition of a Hindu temple took place in a series of such attacks and where the rights of minorities are being emasculated is one of the co-sponsors of the resolution under the agenda item ‘Culture of Peace’,” he stated.

“The resolution cannot be a smokescreen for countries like Pakistan to hide behind,” he added. Religious and cultural websites stay susceptible to assaults by violent extremists, as was seen when a Hindu temple was set ablaze and razed in Khyber-Pakhtunkhwa province in Pakistan final December, whereas the authorities stood idly by, the Indian consultant stated.