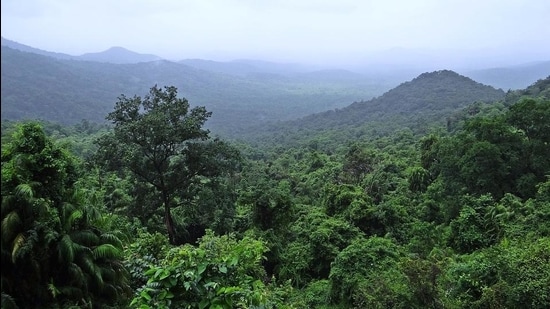 Opposition to the three linear infrastructure tasks passing by way of the Bhagwan Mahavir Wildlife Sanctuary and Mollem National Park acquired a shot within the arm after unbiased and non-official members of the Goa State Wildlife Board claimed that the minutes of the Board assembly have been incorrectly recorded. They mentioned that the tasks of the board weren’t “unanimously” handed and that the minutes haven’t mirrored the objections they’d raised.

In a letter addressed to the Central Empowered Committee which is at the moment inspecting a petition in opposition to the clearances granted to the tasks, the members who embody Rajendra Kerkar, Arnold Noronha, Parag Ragnekar, Amrut Singh amongst others, wrote, “We were not given any opportunity to contribute to the decision making in a reasoned way and most of the concerns raised by us about the projects during the meeting were also ignored. In fact, few of us had written to the Member Secretary of the Board requesting him to record our objections in the minutes of the Board’s meeting held on 2nd December 2019. However no such inclusions corrections were made by him while escalating the minutes of the Board along with the wildlife clearance recommendation before the Standing Committee of National Board for Wildlife (SC-NBWL). Ultimately even the SC-NBWL recommended all three projects on 4th April 2020.”

The members additionally claimed that the agenda of the assembly was solely handed over at first of the assembly, thus giving them no time or alternative to both perceive the veracity of tasks on wildlife or to kind any reasoned opinion on their deserves/demerits.

“During the meeting there was no scope for meaningful debate or discussion, inadequate deliberation on the mitigation measures, no opportunity provided to each member to be heard and the haste adopted to simply get over the Agenda items and put rubber stamp recommendation on the wildlife clearance proposals concerning the three linear infrastructure projects. Even our signature on the attendance sheet of the meeting were considered and portrayed as deemed approval for the projects,” the members said.

“The Member Secretary who is also the Chief Wildlife of the State of Goa was overly enthusiastic about getting the projects approved as the Central government has already approved them. Surprisingly, he took it upon himself to present the project proposals to the members instead of the project proponents,” the letter said.

The exhaustive letter has additionally questioned the Board’s refusal to look at the tasks comprehensively and cumulatively.

“The three proposed linear projects will further fragment the already fragmented area, most of which is pristine and virgin in nature, However. Wildlife clearance was sought for every individual project to dilute the figurative requirement of diversion forest within the same protected area network. Thus, the impact of these projects, especially the cumulative impact on biodiversity, does not find mention,” the members mentioned, including that the State Board for Wildlife must demand an evaluation of the cumulative influence of those linear developments impacting your complete state.

“There lacks a strategy with regard to these projects as random mono-culture afforestation will not be able to compensate the loss of forestry species of the Western Ghats,” the members mentioned.